This is a long post, but hopefully worth the read. . . 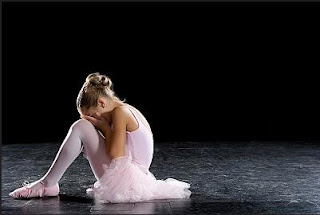 My daughter loves to dance and ever since we saw  Nutcracker last December, she has decided to become a ballerina. We waited for a few months to see if she stills likes it. A couple of weeks ago, we asked her if she wants to go to ballet class and she did. We were more than glad to indulge her, at least she was asking for a class and not a laptop or a car. After much Googling, we found Effie Nanas Ballet School although it was a bit of a commute, the ballet school was in  Edsa Shangrila Mall. We chose the school because they had a class for 3-5 year old girls called Pre-ballet. Most schools that I’ve called only accepted girls 4 years old and above. Their website was quite impressive, it even said that the head teacher was “one of the ballet luminaries of the Philippines”.
I called and asked if they were accepting new students, they were and we were told to come and have my daughter dress in pink leotards, tights, tutu and ballet shoes. So off we went and bought her an all-pink ensemble except for the shoes, we couldn’t find a pink one so we bought a slightly larger white one. We got to the class 30 minutes early and my daughter was oozing with excitement. I wanted to make sure that the teacher would say it was okay for her to join, since I’ve heard of some teachers who are strict and my daughter can be a bit hyper especially when she gets excited.
There were two elderly teachers, a cashier and a couple of 4 year old students, once Sofie saw the studio she immediately ran in the middle of the room and gave a little squeal. I was signaling her to be quite and to take off her rubber shoes when one of the little girls told her in verbatim “There’s no shouting here, naughty kids go to Gymboree“. Errr, my daughter takes core classes in Gymboree. Hmmm, I wonder where the kid got that from. I ignored it of course. 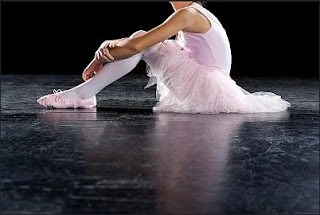 I asked the teacher sitting by the door if Sofie can be accepted, I had a feeling the place was a bit too formal for the baby ballet we had in mind. I told Sofie that we will not dress in her pink uniform yet and just watch the girls dancing for the day because I think the class is for bigger girls. Overhearing us, the teacher by the door said she can join, I asked the teachers again if it was okay and was assured that she can join the class. Of course, it was under the condition that my daughter could follow. We were also told to buy pink ballet shoes for her in the school’s ballet supplies store. My daughter wanted to be a ballerina, so we bought her second new pair of ballet shoes for Php695.00 and paid the Php650.00 fee for the 1 hour class.
Before the class started, I told her that there is no running or shouting in the studio, I said that if she did not follow teacher, Mommy will bring her home. She answered with a big nod and said “Look Mommy, I’m a pink ballerina”.
As the class started, I found myself standing behind the glass partition where mommies stood, nervous with a camera on hand. There were about 15 girls there and the ballet teacher had them stand in two rows. She placed masking tape on the floor to serve as a marker for the girls. Unfortunately, my girl refused to stay in her spot. Although she was following the moves, she was doing it in her own spot, she kept moving to the first row, right smack in front of  the teacher. 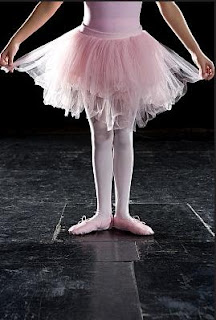 I moved closer to the door, preparing to signal my daughter if in any case  she ran around or something when Effie Nanas came up to me and said “Your daughter Sofia, I don’t think she can follow, he he I don’t think so.”  with that she turned away and all I could say was “Opo“, I mean come on, she’s older than my mother.
The next thing I heard from the teacher, Effie Nanas, was “Put her in her place” she told her teaching assistant. Then she said in verbatim “I am getting mad” Followed by “She doesn’t know how to obey” She was addressing the other students and was pertaining to my kid. She continued with “We will show her we are disciplined here and that naughty kids go to Gymboree” . Okay, so that’s where the other kid got it from!
At this point I admit I was embarrassed, but then I heard Effie Nanas tell her assistant to “carry” my daughter out. She called her cashier and said “Give the mother the refund“. Just like that she was lifted out of the class and into my arms, I did not have time to react because right then and there my daughter who never acted out outside the house in her life went on an EPIC TANTRUM! We were at the 4th floor and I swear people on the first floor could hear her. She was shrieking at the top of her lungs “Go back, go back, I want to be a ballerina“. We were kicked out and my instinct was to just carry her, kicking and screaming, as we stumbled on our way out of there. I just kept telling her that I’m sorry, that it was okay, that we will look for another ballet class and that she will be a ballerina! Her heart was broken and I would have given mine, if it meant taking her pain away.
I’m very thankful to the people in the elevator who understood, the Shangrila guards who helped me carry her and got us in a cab. I’m very thankful to the cab driver who comforted us as we both sobbed in the back seat. I’m very thankful to my husband who left his work and waited for us at the front door, McDonald’s in hand, when we got home. 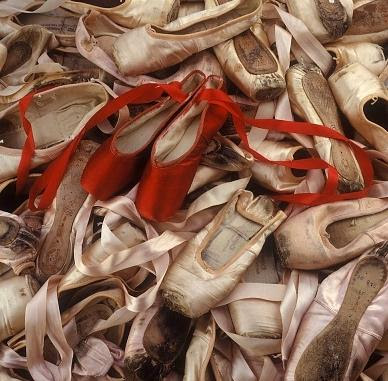 This post is not intended to discredit the ballet school, it is in fact a good school that produced many talents. But, I can not discount the fact that the situation could have been handled better. I can not discount the fact that my daughter felt like she failed. That I felt I failed her.
That night, I asked her what she felt about the class, she did not say anything. I said we will look for another class, Sofie said “Not mad class Mommy, only happy one”. Lastly, I asked her if she wanted to become a ballerina, she answered with a resounding NO, just like that.