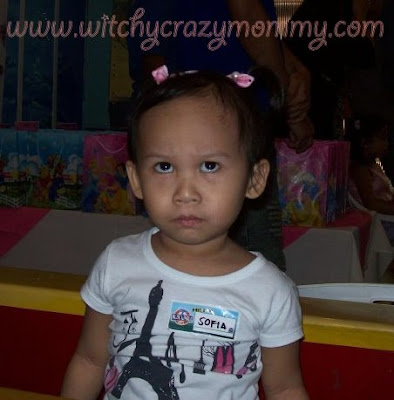 I love my mom, God rest her soul, but she was one confusing lady. She raised me in the traditional Filipino sense she got from her parents. She grew up in the age where children “obey” their parents and do as they are told without complains or they’d get whipped, made to kneel in a bed of mung beans or sent to the convent. When I was a kid and I misbehaved, she would often give me the evil look that would signal the end of days and it meant I should stop what ever it was I was doing. If that did not work, she would reprimand me.
Mom: Stop that! Be quiet! (Tumigil ka! Wag ma-ingay!)
Me: . . .
Mom: You are so naughty! Do you want to get hurt? (Ang likot-likot mo! Gusto mong masaktan?)
Me: . . .
Mom: Why are you not talking? Explain yourself! ( Bakit di ka nagsasalita? Sagot!)
I was always confused by her and what she wanted, did she really want me to obey and shut up or did she really want me to say something?! One good thing about her was that she never hit me or made me kneel on mung beans. However, when she gave me the evil look, I did not really understand what it was, I was doing wrong and I guess she really did not understand WHY I did what I did. As a result I was a timid child, always did what I was told, often quiet and even bullied at times. When I reached puberty, rebellion kicked in, I was surprised to find I had a voice and I used it brutally.
A voice, this is what I want to give my child, the most basic of children’s rights. The right to have a voice in the things that affect her. I want her to know that her ideas, feelings and opinions matter , and that she can come to me and know that I will acknowledge her. The other day I told my husband something I realized, a child who is heard and acknowledged is less likely to rebel because they know that they can come to you with anything.
Does this mean I will sacrifice discipline just so she can speak up and do whatever she wants? Heck no! I’m a mother, not a saint! The trick that I am still trying to learn and practice is explaining the rules to her and getting her to understand why they are important. Of course, I do not expect her to follow them perfectly 100% of the time, or how else will she learn, right?
Everyday, for my daughter, I try to be a better version of my mother and myself and its a hard battle. Richard Grossman, Ph.D author of The Three  Rules of Parenting, says parents sometimes compare themselves favorably to their own parents, and indeed they often do a better job. But what is often necessary is not just doing a better job, but stepping out of the box and seeing the parenting role in a completely different way. Parents often learn that their voice was not heard, and they are struggling to regain agency by having their children listen to them. Tragically, this “backwards parenting” can be passed on from generation to generation.
Whenever I find it difficult to listen to my child, I try to follow The Three  Rules of Parenting:
As a mom, I’m still a work in progress and that’s okay, some of the most interesting pieces of art simply are.